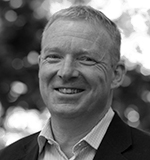 Brendan Gleeson is a professor of urban policy studies in the Faculty of Architecture, Building and Planning at the University of Melbourne and director of the Melbourne Sustainable Society Institute.

He has also held the position of deputy director of the National University of Ireland’s National Institute for Regional and Spatial Analysis and, prior to that, set up the Urban Research Program at Griffith University and was its inaugural director.

Professor Gleeson has qualifications in geography and urban planning, including a masters degree from the University of Southern California and a PhD from the University of Melbourne. In 2008 Brendan became a fellow of the Australian Academy of Social Sciences, and in 2013 he was appointed to the ARC College of Experts.

Professor Gleeson has made significant scholarly contributions in urban and social policy, environmental theory and policy. He is the author or editor of thirteen books, three of which have won national and international prizes, and numerous journal articles. He is a regular commentator in newspapers, television and radio and has written numerous opinion pieces for the Irish Times, the Sydney Morning Herald, the Australian, the Age, the Courier-Mail and the Canberra Times. His research interests include urban planning and governance, urban social policy, disability studies, and environmental theory and policy.

He is co-author (with Nicholas Low) of Justice, Society and Nature: An Exploration of Political Ecology (Routledge, 1998), which received the prestigious Harold and Margaret Sprout award in 1999 from the International Studies Association, and in 2006 his Australian Heartlands: Making Space for Hope in the Suburbs (Allen & Unwin) won the inaugural John Iremonger Award for Writing on Public Issues.

To a new Babylon
Edition 52: Imagining the Future

Not beyond imagining
Edition 36: What Is Australia For?

Waking from the dream
Edition 20: Cities on the Edge

What’s driving suburban Australia? Fear in the tank, hope on the horizon
Edition 2: Dreams of Land